This section offers an overview of the properties provided by Intel SGX.

Modern software applications tend to frequently process user private information such as usernames, passwords, credit records, encryption keys and health records. In most cases, only designated recipients should be allowed to access this secret data.

However, there still persists a significant vulnerability in most of the computer systems. Even though there are numerous protection mechanisms one can apply to enhance security, there is virtually no strategy to defense a malicious party with administrative privileges. Such parties have unrestricted access to all system resources and all the running applications. Sophisticated malicious software can bypass protection schemes by extracting encryption keys or even the secret data itself direct from the memory.

In order to defense such attacks and offer users higher level of protection of their secret data, Intel designed SGX (Software Guard Extension). In short, Intel SGX offers an extra set of CPU instructions to create enclaves, areas that are protected by hardware and ensure confidentiality and integrity even in front of privileged operating systems.

Intel SGX (Software Guard Extension) is a new instruction set in Skylake Intel CPUs since autumn 2015. It provides a reverse sandbox that protects enclaves from:

Here, TCB will be the CPU’s package boundary and software components related to SGX.

Hardware Secrets will be two 128-bit keys at production: Root Provisioning Key and Root Seal Key. Notice that RPK is known to Intel and RSK is not, therefore most of he derived key are based on RSK. We will discuss this later in the tutorial.

Remote Attestation is enforced for the client to prove to the service provider that an enclave is running a given software, inside a given CPU, with a given security level, for a given Individual Software Vender (ISV). This is required before the service provider decides to provide requested secrets.

Sealed Storage is required to save secret data to untrusted media. Data and code inside enclaves are not secrets. They are just logics that are required to process the secret and most of them are open sourced or can be reverse engineered. Therefore, secrets are provisioned later by the service provider and should be stored out of the enclave through sealing mechanism when necessary (e.g. for future usage).

As a result, the attack surface can be largely reduced after applying Intel SGX:

However, there are still several security limitation faced by Intel SGX:

Note that SGX trusted enclaves and microcode can be patched. However, memory encryption crypto cannot be patched since it is fused to hardware.

Nevertheless, those security concerns are out of the tutorial's scope. Now let's get started with SGX!

Let’s get started by prepare the environment for Intel SGX.

Before installing Intel SGX SDK, we have to first purchase an SGX-enabled Skylake CPU. Then SGX option has to be enabled in system BIOS. Finally, the Intel SGX SDK and Platform Software need to be downloaded. This tutorial will be focusing on Intel SGX on Linux using Ubuntu 16.04. SDK is available here.

Please follow the instructions to get Intel SGX SDK and PSW ready.

The Intel SGX SDK is required to develop SGX enclaves and applications. It contains Intel custom libc and cryptographic libraries, each with 2 versions (debug & release). It also has tools such as sgx_edger8r to generate glue code (we will discuss this in the enclave tutorial) and sgx_sign to sign enclaves with development key.

After all the required libraries are installed, we can start developing applications with SGX in mind!

In order to create an application with SGX enabled, we need to establish enclaves, attestation and sealing.

Application design with Intel SGX requires that the application be divided into two components:

The trusted component should be as small as possible to save more protected memory and reduce attack surface. Meanwhile, enclaves should also have minimal trusted-untrusted component interaction.

Sealing is the process of encrypting data so that it can be written to untrusted memory or storage without revealing its contents. The data can be read back in by the enclave at a later date and unsealed (decrypted). The encryption keys are derived internally on demand and are not exposed to the enclave.

There are two methods of sealing data:

Now that we have a better understanding of the main structure of an SGX application, we will proceed our tutorial to provide separate detailed explanations of each of the three main components. Each individual discussion of the component will also be followed by an existing code example to help understand implementation details.

Now let's jump into the heart of SGX, Enclave. 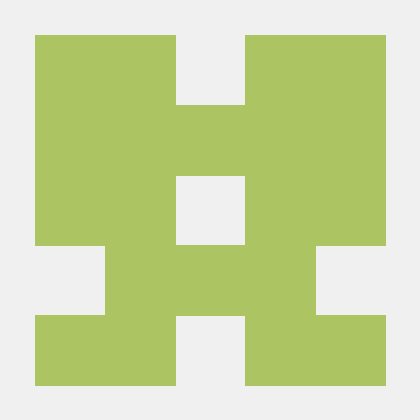